Network Rail is the owner and infrastructure manager of most of the railway network in Great Britain.

An initial reach out by the Network Rail Health and Safety Specialist resulted in a meeting at the Eastleigh depot (July 2017). A solution was needed to increase productivity and enhance safety in the lifting and handling of rail tracks in their facility. The initial intention was to use something from the evo range of Automatic Lifting Hooks to reduce the need for the Network rail team to work under stressful conditions.

Operators had to walk on the rails to get into position, with the risk of slipping and catching their feet between the rails, specially under misty and rainy weather conditions. They would also have to climb onto the trains and rail stacks and crouch over in order to engage and release the current clamps/grabs manually.

It was clear from the start that the solution did not yet exist and no trial was even attempted. The next step included gathering data on the Network Rail process. This included the specification of the current lifting solution, load capacity, weight and dimensions as well as the specification of all the different types of track that was to be lifted. The lifts consisted of 2x108m. of track welded together to create 216m. lengths of track, which represented a major a challenge. These tracks are then lifted onto trains to be dispatched across the country.

All this data and information was sent to the team in Spain to assess and after some time a concept idea was produced by the companies’s engineers. A first draft of this new rail track lifting device was presented at Eastleigh to the management and maintenance team for initial review and comments. 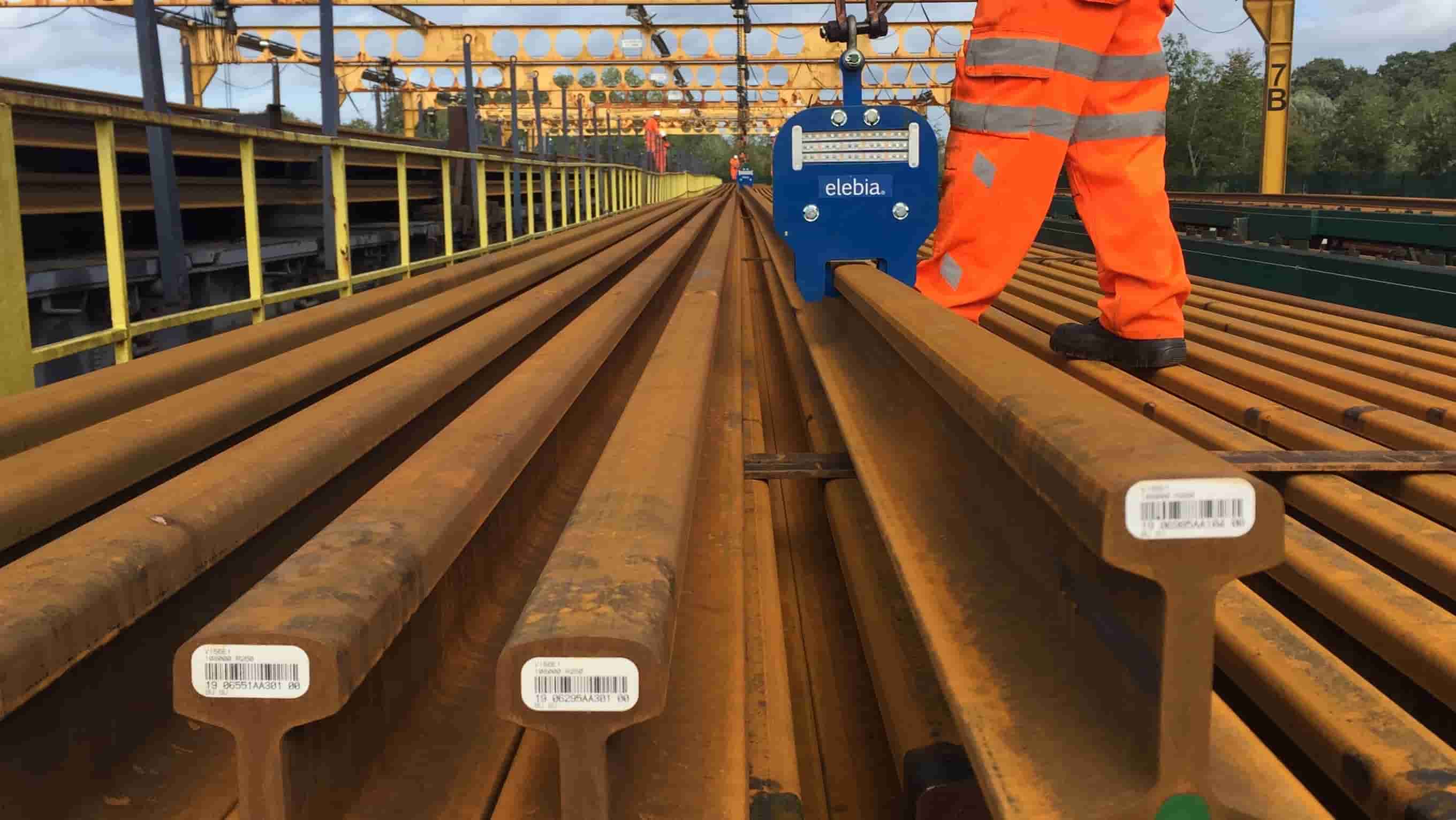 After a few ammendments of the inital design, the next stage was to produce a prototype to trial in real time. Another trip to the UK was required and after assessment, the initial feedback was positive with a few helpful suggestions from the maintenance team. In November 2018, sample tracks were sent to our headquarters. Further tests were successfully carried out (visual, range, adaptability, practicality) during the following months.

Once all the specs for the rail lifting clamp were clear, 26 units were produced, with the shipment of all the units taking place before summer holidays. During the first week of this past October, Network Rail operators officially implemented the eTrack rail lifting clamps as their solution for the safe lifting and handling of rail tracks.

Today, and thanks to the implementation of the eTrack, the lifting and handling process is faster and safer at Eastleigh. Any risks inherents to the operation have been drastically reduced. Direct feedback we’ve received from Network rail is positive, stating that “…things are going pretty good, we love the new way of working, it is definitely making things easier for the team.“