Safety at work is an important issue in the daily development of any activity. So much that in recent years the demand or requirements in this field are increasing. The lack of security and/or misuse of preventive measures can lead to accidents and endanger the lives of workers. 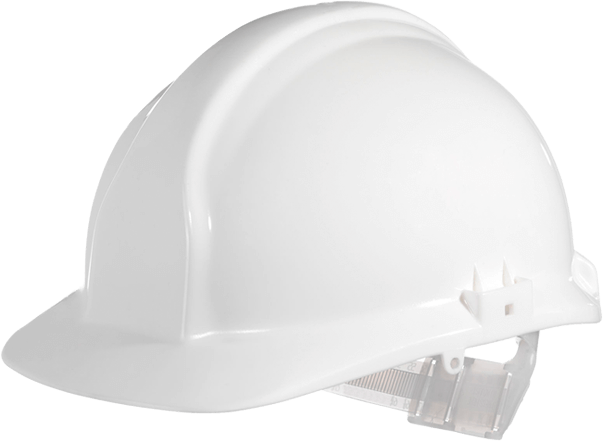 The hook, the main accessory of lifting cranes

Traditional hooks allow a quick and relatively safe, although manual, engage of the load; however, they are exposed to accidental disengagement of the load and to risks of injuries even if they are secured for this.

This is one of the main reasons why workers should be extremely cautious when working with lifting loads.

These kind of operations require the operator to be in or near this dangerous area. Furthermore, the will to speed up these processes many times leads to not respecting safety and security rules.

The solution to avoid these dangers: the safety hook with fail-safe design. 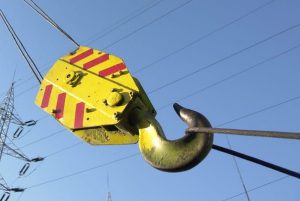 Is it possible to drop the load while it is suspended in the air?

The elebia safety hook CAN NOT DROP SUSPENDED LOADS. To release the load, the motor must rotate or turn the hook, lifting the load contained therein. The motor’s torque is not powerful enough to open the hook when a load is suspended.

This is a feature of all our designs, geometrically fail-safe, without any sensors or electric components. It’s simply gravity that avoids the opening of the hook if there’s a suspended load.

In addition, our automatic hooks incorporate a Security Torque Limit (STL). An electronic device that controls the motor’s torque and cancels the operation if an overload is detected.

If the order to open the hook is mistakenly sent while the load is suspended, the operation is interrupted and inverted (the hook closes automatically).

Another crucial security element of the hook is the safety latch. There are two options: 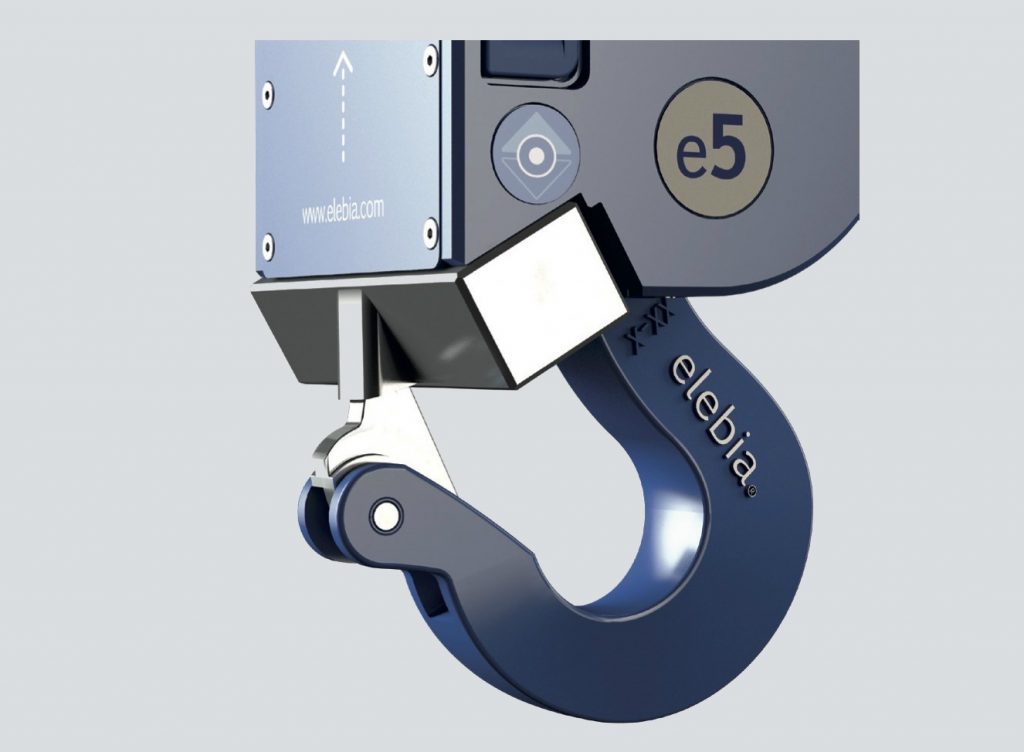 The Spring Loaded Latch impedes the slings from accidentally unleashing from the hook. 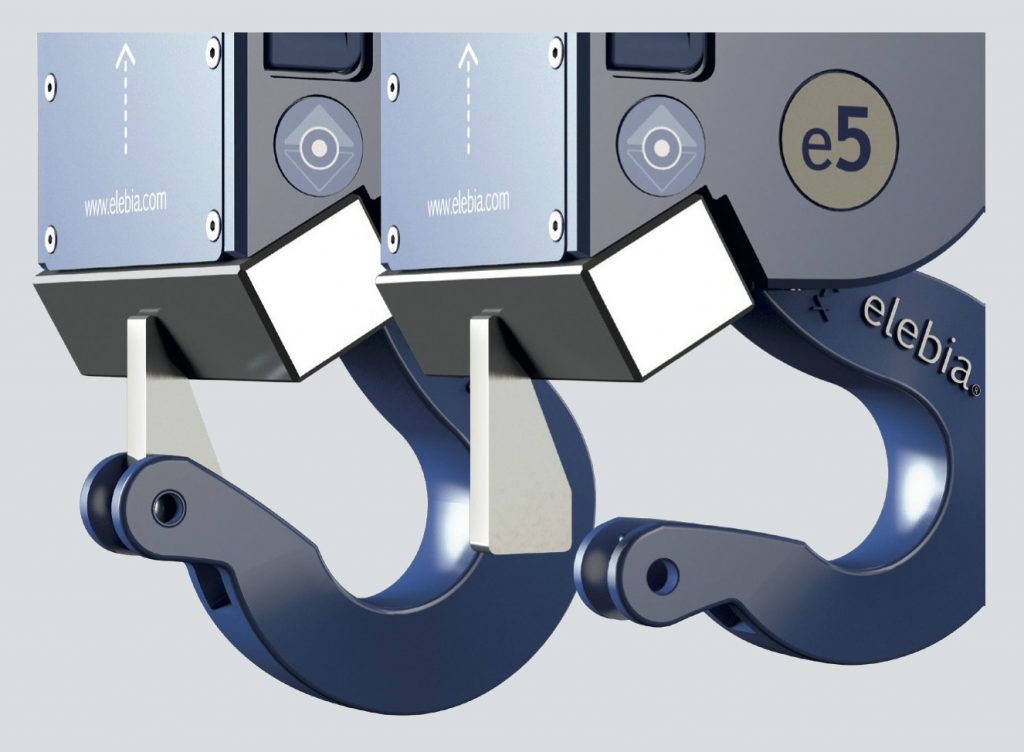 The Rigid Safety Latch is for more extreme operations (marine, offshore), where constant movement can contribute to the unleashing of the slings from the hook if using the spring loaded latch.

In order to avoid mistakes and involuntary operations that could result in an accidental disengagement of the load and possible injuries, to open or close the remote lifting hook a button press sequence is needed.

16.7 million codes of the radio system ensure that there can never be two identical transmitters, therefore avoiding any possible duplicity in order transmissions.

The communication system between the safety hook and the remote control allows the detection and correction of message errors (checksum error correction). 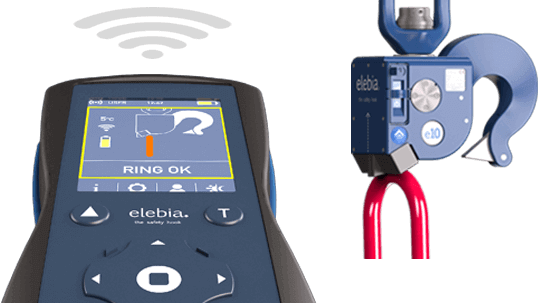 Increases safety in height operations, eliminating the risk of accidents and fatalities (keeping personnel far from the hazardous areas).

Eliminates the risk of hand injuries (cuts, crushing) thanks to the possibility of engaging and releasing the load remotely.

Increases safety in the handling of toxic loads or in high temperatures zones as contact between the operator and these areas is avoided.

Can you open the hook with a suspended load? The hook IS NOT able to open itself and drop loads over 20 kg./44.09 lbs. (adjustable). It is a fail-safe design. Gravity keeps the automatic hook closed.

What if we try to release the lifting accessories, for example, the chains? The STL (Security Torque Limit) prevents the hook from releasing loads and its lifting accessories while they’re suspended. It IS NOT possible to drop the load if it is suspended in the air. The geometry and the STL combined make it impossible to drop any load if it is not properly released on the floor.