Jib cranes are a type of overhead lifting device that are often used in a smaller work area for repetitive and unique lifting tasks.

What is a Jib Crane? It is a crane with a horizontal member, commonly known as the jib or boom. A jib is an operating arm that extends horizontally from the crane. The role of the jib is to support a movable hoist fixed to either a wall or pillar mounted on the floor. It is mostly used in industrial premises.

The jib swings typically through an arc or is fixed in such a way that it provides additional lateral movement. On the crane, the jib is a tilted strut whose role is to support the fixed pulley lock.

Other times, cranes are fitted on top of warehouse floors to help with lifting goods on the floors to top places. On the load, there are cables attached several times around a fixed block and directly on the load. The end of the cable that is not connected is either pulled manually or by using a winding device.

The system of pulleys delivers a force to the load. So, the force applied is multiplied by the amount of cable length passing in between a couple of blocks. The product is referred to as the mechanical advantage.

In simpler terms, jib cranes are a form of overhead lifting device that are mostly used in a small work cell area for continued and specific lifting jobs.

With the knowledge of what a jib crane is, you also need to understand its design. A jib crane has a fundamental construction design compared to other types of cranes like workstation, bridge, and gantry cranes. They are also much simpler to use and do not require a lot of maintenance. 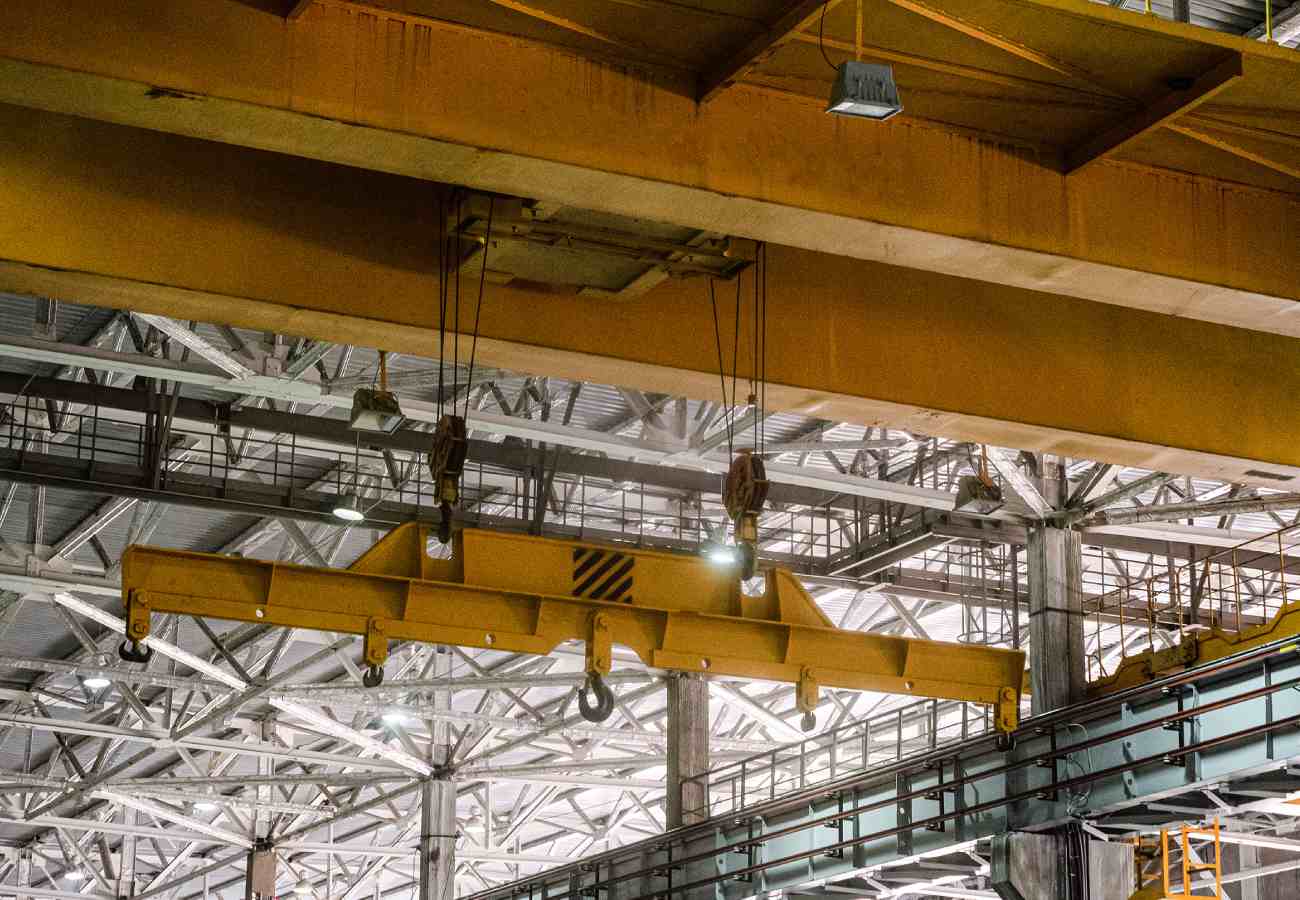 Keeping it general and without going into too much details of each type, we can find 5 different types of jib cranes:

An articulating jib crane has one boom and two swivel arms. The arms are used to reach under and into machinery and containers. One allows for 200 degrees rotation and the other 360 degrees.

They can accommodate spans of up to 16 inches, capacities up to 1 ton, and different rotation features. They are used for light tasks and can either be wall-mounted, ceiling or mounted on a bridge system.

This is the most popular type of jib crane. It can be installed anywhere, including both indoors and outdoors, due to the fact that it is portable.

The crane can also be used under large bridge crane systems or in small work cells. This crane can accommodate spans of up to 50 inches, up to 15 tons, 360-degree rotation, and 40-inch boom heights.

They can be divided further into categories depending on the way they are mounted and installed. The most common are base-plate mounted, foundation and sleeve-insert mounted freestanding cranes.

This is a type of freestanding jib that is mounted on a slab and bolted to 6-inch reinforced concrete. This crane is used indoors, and it does not require any unique foundation.

It, therefore, can be installed anywhere. A foundationless jib can accommodate 9-16-inch spans, 1000 pounds worth of weight, 360-degree rotation, and boom heights of up to 20 inches. They are easy to install, cost-efficient, and very portable.

Mast type are very cost-effective because they also do not require any particular kind of foundation. They only need 6 inches of reinforced concrete for support. Additional support is provided by an overhead structure or beam.

They can accommodate 10-40-inch spans, 40 tons, 360-degree rotation and 40 inches of boom rotation. They can be subdivided further into two types based on their forms of overhead obstruction.

Wall-mounted cranes do not require a foundation, and they are easy to install. They can be used in individual bays, on walls, building support columns, or as a supplement to overhead bridge cranes. However, they cannot accommodate more than 200-degrees rotation.